In response to recent COVID-19 concerns, we are writing to assure our clients that we are taking recommended precautions.

Wondering about cild custody laws in New York? When divorcing parents in New York both petition for custody of their children, family law judges consider the best interests of the child before making their decision. In most cases, this is for children to maintain a close relationship with both parents. Dividing their time between them as equally as possible.

Criteria for Determining Best Interests of the Child

Family law judges consider dozens of factors when deciding which parent should have primary custody or if joint custody is a better arrangement. Here are just some of the top considerations: 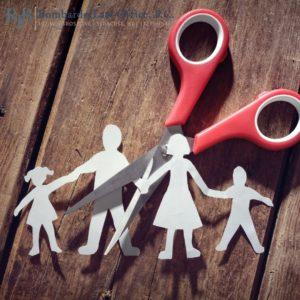 If you have recently split and your children primarily live with one of you, this is the parent who has temporary custody. Having temporary custody is not a reflection of what the custody situation might look like after a judge has finalized it. It simply recognizes the parent the children currently live with most of the time and gives that parent legal decision-making powers.

Sole custody provides one parent with primary physical and legal custody of the children. Although they may visit the non-custodial parent often, they live in only one home. The parent with sole custody has the legal right to make decisions. For instance, regarding education, non-emergency medical care, religious instruction, discipline, and other major child-rearing concerns. One parent can have sole physical custody while both parents have joint legal custody.

Shared physical custody is when children spend roughly the same amount of time with each parent and live in two separate residences. Family law judges tend to prefer this arrangement whenever possible. It may not be feasible if the parents continued to argue about such matters as where the children would attend school.

Retain a Family Law Attorney as Soon as Possible

If you know custody will be a point of contention, hire an attorney now. We invite you to contact Bombardo Law Office in Syracuse to reserve a time to discuss your situation today. Phone consultations are also available due to COVID-19.